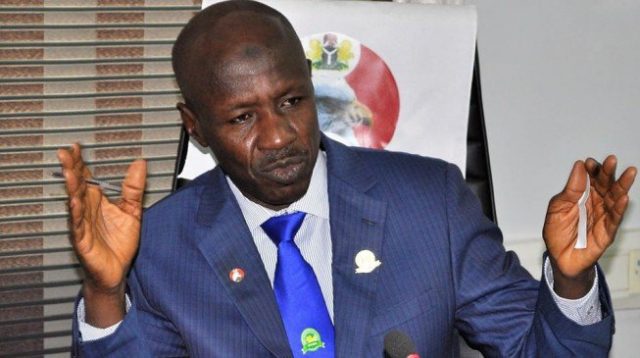 The Economic and Financial Crimes Commission (EFCC) has recovered over N27.7billion from six banks being unremitted withholding tax on dividends.

Also, about seven more banks were said to be on the radar of the anti-graft agency for similar infractions.

According to a fact-sheet obtained by our correspondent, the EFCC is expecting recovery of more withholding tax.

None of the banks could be reached for comments last night.

The document reads: “The Economic and Financial Crimes Commission (EFCC) has recovered a staggering sum of N27, 712,334,455.06 as withholding tax on dividends payment by six Nigerian banks.”

“Seven other banks are currently under the Commission’s radar with respect to withholding tax on dividends.

“We are certain to record more recovery by the time the investigation is completed”.

MWUN Kicks Against Alleged Harassment Of Members By FCCPC