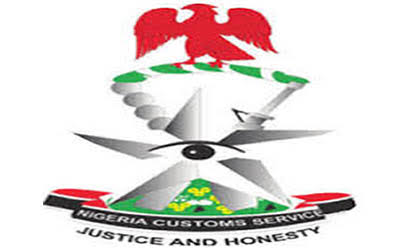 This was made known earlier today  by the Service national image maker, Deputy Controller Joseph Attah while briefing  newsmen in Lagos on the activities of the organisation in 2017

He addressed the widespread insinuation that the service recent revenue feat of over N1trillion  was inferior to previous collections due to exchange rate.

Attah listed the circumstances under which the collection was made to include low volume of trade, strict import ban policies among others.

Reacting to this spectacular performance, some Nigerians had compared the figure with that of previous years collections, especially that of 2014 and unfortunately concluded that the depreciated naira value makes the NCS revenue collected in 2017 as being inferior to that of 2014.

”While commending these Analysts for their interest in the activities of the Service, it is imperative to state that such comparison can only be valid if the volume of trade and tariff remained the same between 2014 and 2017. There is therefore the need to draw the attention of these analysts to the following facts:

”This was possible because of strict deployment of digital identification method which enables Officers to identify consignment such as vehicles using the mandatory vehicle identification number (VIN).

”Declarations on vessels increased drastically in 2017 due to the use of digital application to locate vessels on Nigeria waters and request for payment of appropriate duties as data of the vessels are available through the digital platform.

”Prefabricated Agricultural Green House from 20% to 0%;

The Automotive Industry Project (SKD vehicles from 35% to 5%) and concession of one SKD to two fully-built unit (FBU) cleared without payment of 35% levy.

”With the reduction in the average duty rate, a decline in revenue could have occurred but for due diligence, tax collection per unit was increased by 15%.

”It was under this challenging time in 2017 that NCS collected the highest revenue ever for the Federal Government.

For the avoidance of doubt, the present Management of NCS is not in competition. NCS believes records are there to be broken. As performance of 2017 has broken the records of past collections, we look forward to 2018 or indeed any future NCS Management breaking this record in the interest of the nation” he said