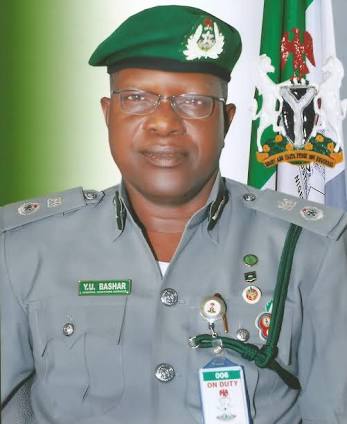 This  Customs Area Controller in charge of Tin Can Island Port Command of Nigeria Customs Service, Comptroller Yusuf Bashar, has disclosed that a  total of 162,285.72 metric tonnes of agricultural products were exported outside the country through Tin Can Island Port in 2017 which is over a hundred and fifty percent increase above the 55,000 metric tonnes processed through the port in 2016. 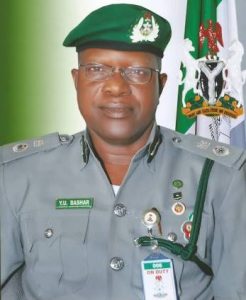 Bashar who listed the  exported commodities to include pepper,soyabean,cocoa,rubber, milk, frozen shrimps,hibiscus flowers and ginger. Other commodities listed includes tomato paste, sheabutter, tiger nuts and many more, said cocoa topped the list of commodities exported through the port last year.,

He emphasised that compliant import and export trade are promptly facilitated under his watch to boost the economy without compromising national security.

He said cocoa beans, which was the highest exported agricultural product through the port last year had a total of 33,294 metric tonnes followed by sesame seed and rubber which recorded 15,189.78 and 15,072.84 respectively.

Shedding more lights on the export cargoes at the port,Audu Ochuma, Deputy Controller of Customs in charge of Export, said the increase is indicative of a leap in participation in agricultural activities. He said the results shows an improvement in economic activities in the sector adding that export requires being more meticulous than importation.

According to Ochuma, it is easier doing import than export because for export, the exporter is expected to meet and abide with standards required by countries being exported to from the country of origin.He said export is not an all comers affair as it dictates that you meet the requirements of other countries.

Ochuma added that there are incentives and other benefits derivable from exports as they government is encouraging increased participation of more Nigerians and Nigerian companies in the business.He said government’s exports expansion grants helps business men who carry out a certain degree of exports ranging from financial grants and funds to expand their businesses.

Ochuma expressed optimism that volume of Nigerian exports of agricultural products will increase in 2018 while saying that Nigeria is yet to fully take advantage of the United States African Growth Opportunities Act (AGOA).

”Over 5000 duty free commodities and items can be exported to the United States of America under the AGOA initiative. A US Embassy official had advised us at a function that Nigeria should concentrate on agricultural products and other specific areas outside technology or ICT products as we stand better advantage with the former than the latter.

”For instance, if we pursue exporting made in Nigeria radio, television and other household electronics, tendencies are that we wont meet the standards required by advanced countries for now. So its better we focus more on areas we are better off than them” Ochuma said

Under the Ecowas Trade Liberalisation Scheme (ETLS), Ochuma said Nigeria has been exporting alcoholic beverages, milk and other finished products to other West African countries taking advantage of the zero duty regime in line with the extant treaty.

He said Nigeria stands a chance to benefit more like other developing African countries like South Africa that made over $300m (USD) from export to United States alone. Ethiopia, according to him is also making some economic progress from textile export to the US and other countries.