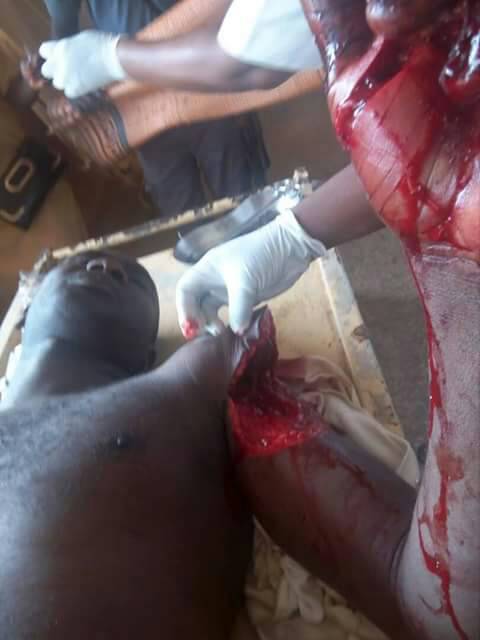 Musa  was brutally injured with machetes by suspected smugglers in Ogun State, with his left wrist almost cut off in addition to another very deep cut a little below his shoulder by same left hand.

He was part of a joint patrol team of officers drawn from the Ogun Command and Federal Operations Unit roving around Ibeji River,Idogo Ifoyintedo axis that were ambushed at about 9am on Wednesday.

His attackers were resisting the seizure of a Toyota Highlander with chassis number STDJKRFHES059484. While other officers sustained various degrees of injuries, Mohammed was not too lucky.

The vehicles was successfully seized and driven to the Ogun Customs Sentry office in Idiroko .

Public Relations Officer for Ogun Command, Abdullahi Maiwada confirmed the incident and disclosed that efforts are being made to save the life of the injured officer while moves are on to arrest the attackers .