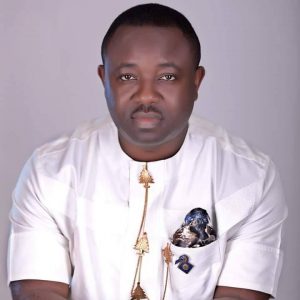 Q : Tell us about business generally in Port Harcourt ?

Ans : We thank God that since the stabilization of the currency, things have started to come up again. We can say it’s coming up gradually.
Business generally in Nigeria today has been a little dull, but gradually it’s moving, although  not in the space it use to be before.  We all know that due to the fluctuation of foreign currency  in early 2015 till late last  year, it have a lot of negative  effects on   business generally, but to the glory of God, things are taking shape gradually.

Q : We saw in your Company’s profile that you are into  oil, transports  and logistics,  Customs brokers and  so on,  how are you stakeholders generally complying to Ease Of Doing Business ?

Ans :Yeah, in the area of Ease of Doing Business, i think there are level of compliance by some agencies. They  are complying to directives of Federal Government in respect to Ease of Doing Business, even though some are not,  take for instance SON and NAFDAC  that are  been  asked to leave the ports  only to come in on invitation, but that is not happening.
They still choose to stay believing that since product related to them are coming in so they are still pushing their ways to remain in the ports, but  I think that Nigeria Ports Authority which has the control to determine who should stay or who should not be in the ports, it’s not on us the Agents to decide since NPA is the  landlord and have a regulatory body that looks into that .
Ours is to make sure that business is going on smoothly  as it ought to be.
The Customs Area  Controllers are  really trying their best in the sense that within three days you can take delivery of consignment . With that alone you can see that ease of doing business is been effective here. If you are a first timer in this country for clearing of goods, within three days you will have your goods in your warehouse and with this your business is good to go. The terminal operators and shipping companies are also trying their best in complying to government directives on ease of doing business ,except if your goods enter demurrage of which most shipping companies and terminal operators give free time and if you can clear your goods within that free time , I don’t think there is anything to keep  you from having your goods with you.

Q: Talking about SON,  do you have any advice for them, based on their modes  of operation in the port,  what would you advise them to do better? 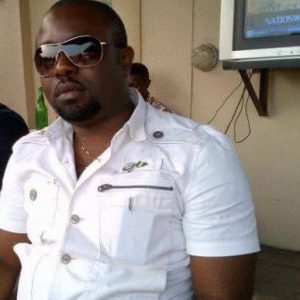 Ans:  Instead of me advising SON, I will advise the importers to conform with government directives on importation guidelines.
SON is  doing good for us by encouraging us to have products that are of good standards in the country, so I will advise the importers to comply to government directives on substandard products, because if they do not comply the essence of ease of doing business is defeated. For instance, if you are importing goods that has to do with NAFDAC, you have to first go to them to obtain permit before bringing it in,  that is part of ease of doing business. You do not have to kill your business by accruing  demurrage,  you must first of all go to the government agencies regulating the product you are importing to do the proper documentation so as to facilitate your clearance. Same thing applicable to SON,  I will advise importers or would be importers to get the necessary advice from the government regulatory agencies before bringing in goods as well as  getting advice from we the Clearing Agents, because we don’t just clear goods, we also give professional  advise on importation procedures .

Ans:  Looking at it critically, we have only one port here and in Lagos we have more than five ports, so how would you rate or compare when you have choices  of ports as to where to bring in your goods.So Customs there knows that you have choices, but here in Port Harcourt which is Onne port, they know you don’t have choices. If you are operating here as a Clearing Agent, you will have no other choice than to ship your containers through here,  because thinking of bringing it through Lagos ports will not speak well,  the roads are not there,  security is another issue, so comparing the two is really out of place. But for us clearing agents, it does not matter where you put your goods, Lagos or Port Harcourt, ours is to advise you and if it’s a vehicle, we do advice importers to use RORO unless you want to containerize it and how many people are bringing in vehicles in containers?
It’s the importer’s choice, where ever he wants his goods to be cleared is where we clear it from.

Q:  Being a politician sir,  how do you combine business and politics ?

Ans : In Nigeria  politicians should have something doing, most of our politicians goes into office and start packing money and when they leave office they become poor.
I can’t go and steal what I will use to pay my people salary.

Q: Still on politics,  talking about 2019, what will you expect Nigerians to do getting the economy moving from where it is now?

Ans: 2019 is a long time even if it’s around the corner, because one thing about projection is if you project this is what will happen and it did not happen knowing fully well that man proposes and God disposes. One thing we can pray for is that God should give us a peaceful election, because if there is peace,there is nothing we can not achieve in this country.  Nigeria is bless that we have all the mineral resources and God keeps on blessing us. We have a lot of genuine business men who are doing well and contributing their quotes  so we won’t allow politicians to destabilised our economy. The only thing we need to  do is to vote in those who can change this country for the better and drop the mentality of “it is our turn” which is dragging the country into a big mess. For me,  I think we should get somebody who is much younger,  we don’t need a grandfather to continue governing this country, but a young man in his early 50’s going to 60. Because a man heading to 80s can not be thinking that way,  he will only be saying when I was younger, all Nigerians are directors,  so when we have someone who sees himself as a CEO that has to report to the directors, then the country will be better governed.

Q: How would you rate the  recent ANLCA elections,  especially the Onne chapter,  some are of the opinion that most of the members were bought?

Ans : I have been playing ANLCA politics for more than ten years now and have contested in some Executive Offices here, so how can someone say members were   bought? Everybody who purchased that form is a multi millionaire, every single person who appears are all millionaires, so you can’t buy any of them. Politics is full of intrigues,   you might be thinking you are going to win while the other person too is thinking he’s going to win, but it’s all about your level of engagement,  what your programs are,  the things you have on ground for the people you want to pilot. For instance, you might come to me and say if I vote you in as Chairman you will ensure all container leaves in two hours and I  don’t have  any container,  I will only look at you as what is this man saying, meanwhile another might say if voted in, I will take care of members welfare and to me who don’t have container I know it’s the best person for the position because my welfare will be taking care of,  they are two different things. Some might  bought the first persons idea, while majority buys the second,  that is politics. ANLCA  has always been active,  you know it has been in existence since 1954 , their election has always been smooth,  Shittu ‘s tenure has been wonderful,  we have a newly elected president now and we have to accept him, if you were  there in Enugu, you will see that it all went well even the man who was defeated  with  three votes which I supported because he has always been part of us here congratulated the winner.
I have to support him because he has been on ground here for some years holding different offices which made him to have ANLCA experience, but that is politics for you though Tony Iju too have experience and since he won we have to move on,  it’s politics not what anybody will say am being shortchanged. In politics, there most be a winner and a loser, it not a big deal. 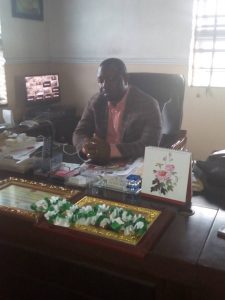 Q: Tell us a little about yourself?

Ans: I came into Clearing and Forwarding in 1994, I worked for a company  for ten  years before I established  my own company. It was incorporated in 2001 . We started full operations in 2014 . We have been moving from one level to another, till where we are today. This is our complex,  we have over  25 staff.  We are still moving.

Our Server, Network Is 99% Active In Nigeria – Webb Fontaine