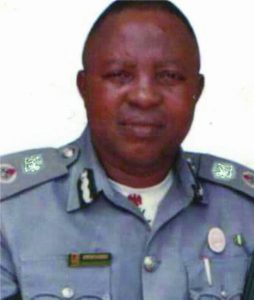 The Customs authorities have recently carried out a minor deployment of eight senior officers to various Commands among them is  Comptroller  Tade Adetoye who was formerly Controller Adamawa/ Taraba Command.
Compt. Tade Adetoye  is posted to the PTML, Lagos.
Stakeholders are already jubilant as they described him as a thorough and professional officer with Customs functions and procedures at his finger tips.
Having served in major Commands of Tin Can, Ogun, Customs Headquarters among others .
Already Adetoye   has shown the the stuff he is made up in the Adamawa/ Taraba Comnand.
The command  was  working hard to ensure adequate policing of the  borders to prevent smuggling.
The Command  under Comptroller Adetoye  also ensure the prevention of importation of illicit drugs, fairly use vehicles and other preventive items into the country. He said from january this year to date, over sixty items have been confiscated from smugglers by the men of his command. He admitted that must of the successes recorded by the command was as a result of the support of comptroller General Col. Hameed Ali (rtd).He said the prompt release of fund to the command, gave them corrage to be more pro-active in fighting smuggling in the Command borders. Coming to PTML is like a home coming to Comptroller Adetoye, Stakeholders expectant of his versatile disposition to customs functions.
Welcome to Lagos Sir