The federal government attention  has been called to increase the level  of awareness campaign  in favour of export as this will enhance the foreign exchange earnings of the government. 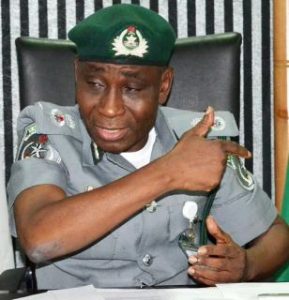 In order to  improve the quality of export goods, the federal government has been urged to embark on enlightenment programme and increase the awareness of the business community on market availability and adherence to modern packaging techniques.

The Customs Area Controller of Tin Can 2 command, Comptroller Dalhat Mahmud Dalhat  who  made this call recently disclosed that Improper packaging and inadequate knowledge of export guidelines are impeding non -oil export.

According to him, since the flagged off of  exportation of yams at the command in 2017 by the Minister of Agriculture and Rural Development, Audu Ogbeh, only four shipments of yam have been processed which does not speak well.

The inability to get the right market at the right time and place for the commodity is responsible for the drop in the volume yam export.

“We need to do a lot of campaigns to sensitize people to make sure they know the importance of the business and it will help government in terms of foreign exchange earnings. “So far, so good, export has been going on smoothly. I think our major problem here is how to package: what is the chemical analysis used in fumigating the containers,” Mahmud said.

Dalhat  said, “90 to 95 percent of the revenue of the command comes from the free trade zone though we have some vessels that come once or twice in a year.”

He said the command will continue to surpass its monthly revenue target as long as duty is collected from the Free Trade Zone (FTZ).

He revealed that discussions are in progress to convince AP Moller to stem containers to the terminal, adding that duties collected from the trade zone and base oil have changed the fortunes of the command in recent times.

According to him, the success of the collection was anchored on enlightenment, enhanced monitoring as well as adherence to trade facilitation by the officers and men of the command.