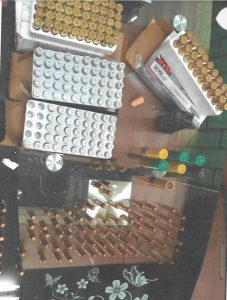 The Tincan Island Customs Command of the Nigeria Customs Service (NCS) said it has intercepted another set of ammunitions in two separate operations on the 9th and 10th of July, 2018 respectively at the command.
According to a statement by the Tin Can Island Customs Command’s Public Relations Officer, Uche Ejesieme, he said the first incident was recovered at the terminal C II (Ports & Cargo) where a 1 x 40ft container No. TGHU 60143419 which was scheduled for examination was found to contain live ammunition and Jack Knife.
According to the statement, following the discovery, the Customs Area Controller, Comptroller Musa Baba Abdullahi directed the transfer of the container to the Enforcement Unit of the Command where it was examined and found to contain 150 rounds of live ammunition and 28 pieces of various sizes of Jack Knives.
“These items contravene Schedule 4 absolute Prohibition List Items 17 of the Common External Tariff and Section 46 of the Customs and Excise Management Act CAP C45 LFN 2004″.Ejieseme said. 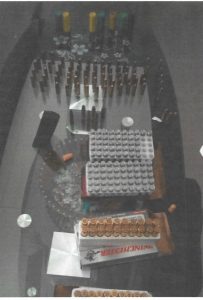 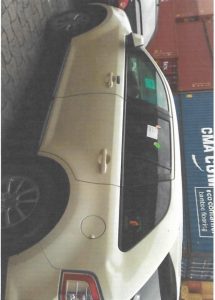 “The vehicle and the exhibits are also currently detained at the Enforcement Unit of the Command pending further investigation”, the statement concludes.