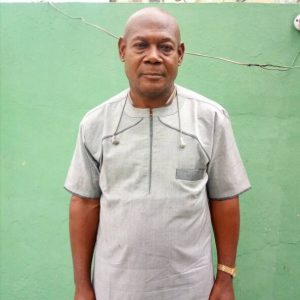 …Says They Are Frustrating Trade Facilitation
A group of freight forwarders has decried how shipping companies in Nigeria frustrate the process of trade facilitation in the port.
The group, National Council of Managing Directors of Licensed Customs Agents (NCMDLCA) however lauded the Nigerian Ports Authority (NPA) for sanctioning the operators for their unprofessional conducts.
The acting factional National President of the association, John Emeagi while speaking with press men at the weekend, maintained that the actions of shipping companies frustrate trade as well as impede revenue drive of the federal government.
The acting President who is also the Chief Executive Officer (CEO) of JONMARIS Ventures Limited , expressed worries over the multinationals’ sttitudes as regards shipping charges, saying, ” We are very happy when we got the news that NPA sanctioned some of the shipping companies over lack of holding bays for their empty containers “
“Despite the problems we are facing on the roads, I can say categorically that the shipping companies have contributed to the bottlenecks in port operations “
He also urged the NPA to ensure that despite the agreement reached with the multinationals, there is need to monitor them closely in ensuring that the facilities are made available.
The council boss lamented that “It is unlawful for these shipping lines to disregard the authority ‘s directive and we will always support government to make sure that the multinationals comply with the laws of the land “
Despite the dilapidated condition of the corridors, the council  boss explained that  evacuation of trucks laden with containers from  the port access roads would solve some of the problems faced by stakeholders in the sector.
Recall that NPA recently announced a ten-day suspension of the services of four defaulting Shipping companies.
The affected shipping companies whose suspension took effect from July 14th, 2018 are Maerskline, Cosco Shipping, APS and Lansal.
NPA stated that at the expiration of the suspension, the it would review the level of their compliance to its directives.

Cargo Clearance : NPA Alone Is Not To Be Blame For Lapses – Usman