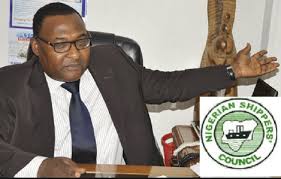 The intervention of the Nigerian Shippers’ Council (NSC) in promoting exports trade yielded results with N13.5bn exports and zero rejection in 2017.
The Executive Secretary of the NSC, Mr Hassan Bello made this known in a paper titled ” The role of the NSC in promoting exports trade in Nigeria ” at the one-year anniversary of Search Light Media Concept, Publisher of Global Searchlight Magazine, in Lagos recently.
The theme of the event was “Boosting Exports Trade, Economic Growth with Ease of Doing Business Tool’
Bello, who was represented by the Director, Special Duties of NSC, Mr Ignatius Nweke, said that exports’ figure in 2017 rose by 59.47 per cent, up from N8.5 billion recorded in 2016.
According to the Executive Secretary,, a total of 170.4 billion was recorded for exported agricultural goods in 2017, compared to N60.7 billion recorded in the corresponding period of 2016.
Bello said that according to the National Bureau of Statistics (NBS), exports in the last quarter of 2017 stood at N3.9 billion , an increase of 9.35 per cent over the figure recorded in the third quarter of 2017.
Bello said the NSC collaborated with the Central Bank Nigeria (CBN) toward confirming the freight rates charged on exports.
He said that this was meant to ensure that exporters were not exploited by the shipping lines.
“NSC also collaborated with the Nigerian Export Promotion Council (NEPC) on various programmes toward educating and enlightening exporters on best practices to attract foreign buyers and present relevant platforms such as Exporters Directory,” Bello said.
Also speaking, the Zonal Coordinator, Zone ‘A’ of the Nigeria Customs Service (NCS), Assistant Comptroller General Aminu Dahiru, urged exporters to improve on their exportation.
Dahiru said that there was free duty associated with exportable goods.
The Customs boss said that government made export duty to be free to encourage exporters and facilitate trade.
He, however, pleaded with both exporters and importers to always visit various Customs website to guide them and reduce the time of doing business at the ports and to generate more revenue for government.
In a goodwill message, the Chairman of the occasion, Alhaji Taiwo Mustapha, Chairman, Board of Trustees (BOT), Association of Nigerian Licensed Customs Agents (ANLCA), urged journalists to always engage in constructive journalism and balance their reports.
Mustapha, who was represented by Alhaji Dayo Azeez, Member, BOT of ANLCA, commended the publisher for her dedicatiom and commitment.
He also appreciated the maritime reporters for their collaboration and prompt dissemination of customs story to the public.
In her presentation, the Publisher, Global Searchlight Magazine, Ms Lola Adesokan, who was also celebrating her birthday urged stakeholders to strengthen their collaboration with journalists by giving them adequate information when the need arises.
While unveiling the Global Searchlight Magazine, she said the magazine would add value to the society as member of the Fourth Estate of the Realm.
Adesokan also gave Searchlight Leadership awards to some operators in the maritime industry such as ACG Aminu Dahiru, zonal coordinator, zone A of NCS, Prince Olayiwola Shittu former National President of ANLCA , ASC Jerome Attah, PRO, FOU, A, NCS, DSC Nkieruka Nwala, PRO, Apapa Customs Command, Hajiya Bola Muse.
Others are Comptroller of Customs, Uba Muhammed, Comptroller Musa Abdullahi, Comrade Adewale Adeyanju, President General of MWUN, ALHAJI Yusuf Ismail, Managing Director, ICNL, Engr. Bede Obayi NAGAFF, NARTO among others.