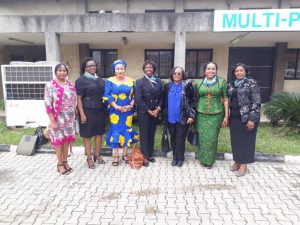 Promoting Women’s access to quality employment at management levels within the maritime sector is a key priority for IMO’s gender and capacity-building programme as women have an unrivalled opportunity to drive the industrialisation of Africa’s ocean.

In this case Women in Africa Maritime (WIMAFRICA) is set to host the African region in its second Continental conference /AGM 2018 which comes up from October 29th-30th at Eko Hotels & Suites, Victoria Island Lagos, Nigeria.
. 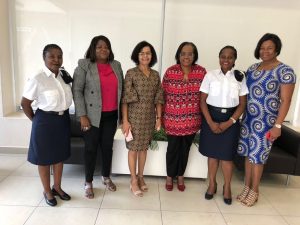 It has it’s National chapters in all African countries with headquarters in Angola and is an institutional framework for capacity building, cooperation and entrepreneurship development of women in the maritime sector.
Presently, it comprises of members from 22 African Countries namely Togo, Angola, South Africa, Morocco, Egypt, Ghana, Niger Republic, Equatorial Guinea, Benin Republic, Burkina Faso, Cameroon, Nigeria among others.

The organisation which is presently gearing up for her second Continental Conference and Annual General Meeting at the Lantana Hall of the Eko Hotel and Suites, in Victoria Island, Lagos State is aimed at promoting cooperation and collaboration between national, regional and international Organisations to advance African women in the Maritime Sector, thereby maintaining mainstream participation of African women in all aspect of the Blue Economy, including policy, advocacy and maritime awareness.

Recalled that Women in Maritime Africa was inaugurated in Nigeria in 2017 with new executives elected to lead the organisation. 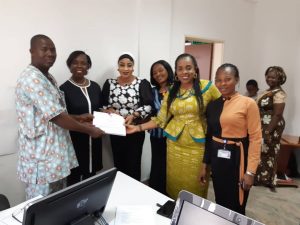 The election which was held at its inaugural meeting in Lagos, had Mrs. Jean Chiazor Anishere emerging as President, while Hajia Bola Muse came on board as  Vice President; Mrs. Rollens Mcfoy
Secretary and Mrs. Foluke Akinmoladun, Assistant Secretary.

The President of the association, Jean Chiazor Anishere who is also a former President of Women In Shipping and Trading Association (WISTA Nigeria) and present Vice President of WIMAFRICA at the Continental level, during her inauguration promised  that her regime would alleviate the hardship confronting women in the maritime industry,
Stating  that one of the objectives of the association is to promote collaboration between the national, regional and international maritime organisations.
According to her, the association will ensure advancement of gender equality in the maritime sector and support mainstream women participation in all aspects of “Blue Economy”. Adding  that focus would also be on “Policy, Advocacy, and Maritime Awareness.”
“WIMA Nigeria will promote human capacity development, enterprise and employment of women in all aspects of maritime sector.

The newly elected executives will assist to strengthen the maritime capacity in the African Continent  in order to promote a safe, secured and efficient cleaner ocean,” she said.

She noted that the association had a Memorandum of Understanding (MoU) with the Africa Union in order to bring issues affecting women in maritime industry to the attention of the Commission.

The IMO Secretary-General, Kitack Lim has recently  proposed the theme, which received endorsement at an IMO meeting in London, to raise awareness of gender equality and highlight the increasing contribution made by women in the maritime sector.

The IMO will also renew its commitment to Sustainable Development Goal (SDG) 5, a UN initiative to ‘achieve gender equality and empower all women and girls’.

Its aim is to end the root causes of gender discrimination and achieve equality by 2030.

This movement has been the driving force behind the IMO establishing seven regional associations for women in the maritime sector across Africa, Asia, the Caribbean, Latin America, the Middle East and the Pacific Islands.

Speaking on the SDGs, Secretary-General Lim said, “This theme will give IMO the opportunity to work with various maritime stakeholders towards achieving the SDGs, particularly SDG 5, to foster an environment in which women are identified and selected for career development opportunities in maritime administrations, ports and maritime training institutes and to encourage more conversation for gender equality in the maritime space.”

It is worthy of note that Creation of WIMAfrica was triggered at the inaugural Maritime Indaba, Johannesburg, South Africa, 25/10/13, by Her Excellency, Dr. Nkosazana Dlamini-Zuma, then the Chairperson of African Union Commission(AUC). Subsequently sealed by the 2015 Luanda Declaration ‘On the Adoption of a Common Platform of Action for All African Women in Maritime’ adopted at the 1st Continental Conference of All African Women in Maritime(WIMAfrica 2015), (Luanda, 26-27 March 2015).

The Conference was organised by AMMPACA/WIMA Angola in collaboration with MOWCA (Maritime Organisation of West & Central Africa) and ASA (African Shipowners Association), under the auspices of African Union and kind sponsorship of the Government of Angola. 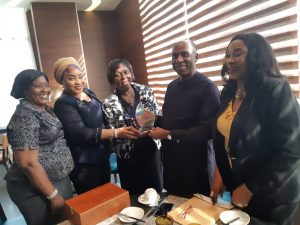 As all road leads to Eko Hotels a Suites Victoria Island Lagos, Nigeria for WIMAFRICA second Continental conference /AGM 2018, WIMA Nigeria has envisioned a regal, congenial and memorable conference this year to give her guests from all over Africa, a savory taste of Nigeria’s hospitality.