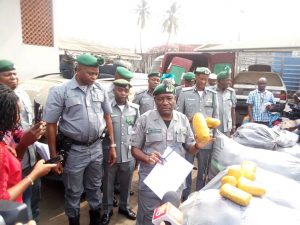 Other seized  items are 1,439 pieces of used tyres valued at N11,655,900.00, 2,837 cartoons of poultry products valued at N23,830,808.00, 180 pieces of compressors valued at N6,480,000.00, 710 cartoons of Tramadol valued at N808,000,000.00, 17 sacks of pangolin scale valued at N115,668,000.00 and 34 units of vehicles valued at N784,411,452.00 currently in detention.
This was made known by the Unit Area controller, Comptroller Mohammed Aliyu while briefing the media on the activities,  performance and achievement of the unit since he took over as the unit boss.
Aliyu who disclosed to press men that the  drive and desire to compliment the Controller Generals policy of ensuring transparency and integrity while enforcing the core mandate of the service is the determine factor for his uncompromising stance to succeed at all cost stated that being the head of the second layers of defense (FOU)  in enforcing role of the service and complimenting the activities of the Area command, the mandate of the unit occasioned by the  aggressive enforcement of the Federal Government policy across the border commands he supervised is a task that must be accomplished and can not be overemphasised. 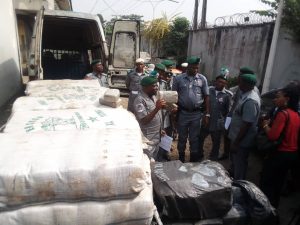 The proactive steps of enforcement, Aliyu stated are truly achieving the desired result and policy of the federal government in sustaining agriculture and self sufficiency in food production, revamping the economic recovery plan,  protecting national security and ameliorating the potential health hazards of the negative impact of smuggled items to the average Nigerian citizenry.
Meanwhile the unit boss restated that as a unit that requires and ensures total compliance to all clearance procedures and extant laws from stakeholders,  the non compliance stakeholders who chose to negate these procedures will always fall victim of FOU sanctions that have zero tolerance to delibrate infractions. .
On the massive seizures made by the unit,  the Area controller stated that the unit is recording the highest number of seizures of drugs,  in his words. 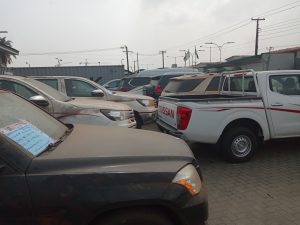 “This is the first time since the history of Federal Operations Unit,  we have a big seizure of dangerous drugs that is why I said I have a gift for Nigerians.
“The customs service is not just for revenue generation but to defend the issues of the nation. Just imagine the danger this may pose to those that will take them, “ 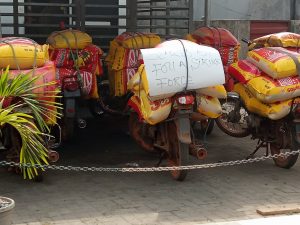