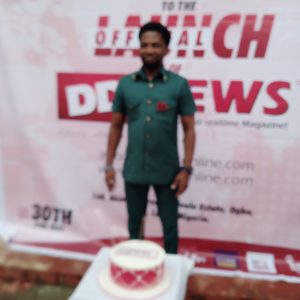 The Chief Executive Officer (CEO) of D-Degree Digital Hub, Mr Olaniyi Dopamu has disclosed that the media arm, which is the newest addition to the DD Hub was borne out of passion and determination to gain ground in the media world.

Mr Dopamu, made this known in Lagos on Thursday during the official launch of its online News Magazine, DDNews.

According to Dopamu, the passion started over 20 years ago when he was in his third year in the University.

This was a time when he didn’t have much life experience and in his own words, couldn’t identify his right from his left, when friends around him were neck deep in advance free fraud. “I realized I wanted to do something meaningful”, he said.

Giving God all the praises for leading him thus far, the digital marketing guru said, “I told myself I wouldn’t want to do what others were doing so as not to get the same results others were getting, even though I was approached by some of them to join, coupled with some issues I was having with my education then as a chemical engineering student”.

He added, “With my mind made up not to work with my certificate and the need to find a path, I discovered I had talent for poetry, having been nominated three times for international competitions and was even got an invitation to the United States once.” 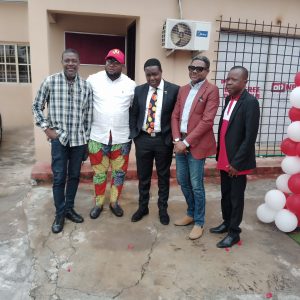 “I thought if only I could sharpen my writing skills, but since I didn’t do literature in school as a science student, I knew I needed to get acquainted with the journal world. This was the only thing that came to my mind.

“I was lucky enough to meet with a man called Mr Starrys Obazei through a friend, he introduced me to the world of journalism and that was the the beginning of my journey into the media world”, he quipped.

Talking about few hurdles he encountered on this journey to the media world, Dopamu explained, “I have an older brother who is a legal practitioner that always asked me bluntly what I was doing with my life, this question taunted me so much because as at then I didn’t know to do, I just knew I needed to do something meaningful with my life but I needed a path.

“I was practically begging most of the bosses I met then to just give me a platform to learn and showcase myself, I even went as far as telling them not to give me money because all I wanted then was to learn and be grounded in the field. And that was how everything fell into place for me in the media world.” 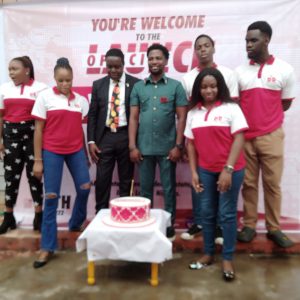 “Today we are unveiling our Online News Magazine, we are looking at the beginning of a new dawn, something bigger than me. So if you ask me what the dream is about, I will say I am dreaming the dream, it’s a dream that is unfolding and with God on our side, the sky will definitely be our starting point”, he said.

Giving his remark at the launch, Mr Kingsley Otom Egbulem , a media practitioner, congratulated the DD News team on the ground breaking ceremony, he urged them to have the right attitude towards the outfit stating that promptness in news delivery should be priority as the digital world is a quick world.

According to Mr Kingsley, when it comes to news, the online world is about Breaking News but breaking news that everybody is breaking is no longer a breaking news. 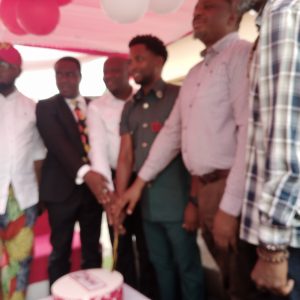 In his words “The real breaking news is the one you alone are breaking this is what makes it exclusive.

“The question we need to answer is how do you distinguish yourself because the truth is there is news every where and the person doing digital news must see what others are not seeing , and break what nobody is willing to break.

He harped on, well written news, interesting and timely stories as well as intelligent reports.

Also speaking at the official launch was the Chairman, Dideolu Estate Association, Dr Tunde Amanerimi, who stated that he admired what the CEO of DDNews is doing by way of empowering the youth which is pivotal to moving the country forward at this point in time.

He hinted that if the youth are not given the needed empowerment, the country would suffer.

He had this to say, “What has carried us till this time is what happened during the sixties through the early eighties where lots of investment was made into education through the missionaries and few individuals which is what we are supposed to give back to our present day youths”.

He however Urged more youth to take advantage of the platform for positive engagements in order to be the ideal youth that can take the country to greater heights.

He also pledge the support of the estate and individuals to partner with the media outfit in achieving its laudable initiative. 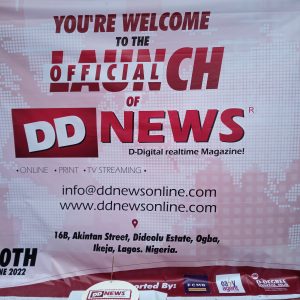 DDNews online with the web page www.ddnewsonline.com is a media arm of D-Degree Digital Hub.

A one-stop point for most major digital projects in Africa.

It provides soft landing leverage for developmental digital exercises across the shores of the sub-sahara region.

They offer electronic delivery of information including data and content across multiple platforms and devices like web and mobile.