The Nigeria Customs Service, Tincan Island port command has generated over N274.3 billion revenue to the federal government coffers between the period of 1st January through June 31st 2022.

This amount generated represents 27.50 percent increase from N229.3 billion collected in the corresponding period of 2021.

Comptroller Oloyede states that the Command recorded an outward throughput in export cargo of 138,246.50 metric tons , which represents an increase of 73 percent from 100,500 metric tons recorded in 2021. 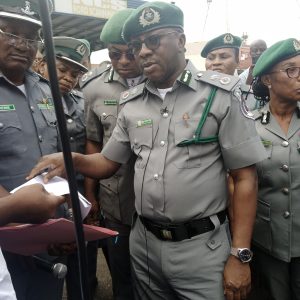 Comptroller Oloyede commended the management of the Nigerian Ports Authority (NPA) for creating a seamless collaboration that facilitated the clearance of export cargo at the Tin-Can Island Port command.

Speaking on the implementation of the VIN valuation services, Oloyede disclosed that the command had overcome the challenges experienced at the early stage of the deployment of the policy through continuous engagement and consultation of relevant stakeholders.

He added that the command has also strengthened its risk management structure to mitigate constant attempts by some non-compliant agents to abuse the process through falsification of documents and forgery of signatures.

According to him, the VIN valuation has so far helped the command achieve an expedited clearance process due to predictability of value assessment, increase in revenue generation, improved ease of doing business, generation of accurate statistics for government and a host of others.

On trade facilitation, the command boss stated that the command has continue to provide a conducive environment for trade through continuous engagement and collaboration with relevant stakeholders and regulatory agencies of government. 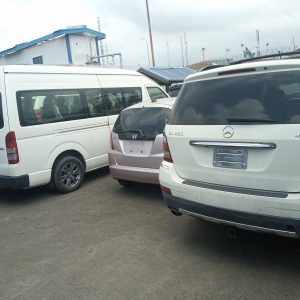 He added that the command also created a dispute settlement structure that aligns with the provisions of the import duty mechanism, which allows an importer to take delivery of his consignment in the case of persistent dispute after securing a bank bond worth the total duties and taxes payable on the item being disputed.

On enforcement and anti-smuggling activities, the Area Controller said the command records various seizures and detentions within the year under review.

In his words “In the area of enforcement and anti-smuggling activities of the Command, various seizures and detentions were made. These includes 145kg of Colorado (Indian Hemp) concealed in two units of Ridgeline trucks and two units of Toyota Corolla vehicles; 206,000 pieces of machetes; 640 bales of used clothes; 236,500 pieces of used shoes; 62,500 pieces of new lady’s shoes; 1,670,400 pieces of chloroquine injections; 1,814,400 pieces of Novalgen injection; 48,850 rolls of cigarettes and 23,800 tins of sodium bromate and baking powder.

He disclosed that the Duty Paid Value (DPV) of the total seizures amounted to over N1.3billion.

He hinted that the command had handed over one suspect, one pistol gun, two empty magazines, and 300 rounds of live ammunition to the DSS for further action.

He further explained that the seized and detained items contravened sections 46, 47 and 161 of the Customs and Excise Management Act (CEMA) CAP 45 of 2004.

Comptroller Oloyede however added that the seizures were made possible by the interventions of the Customs Intelligence Unit, the valuation unit, Customs Strike Force, and other regulatory agencies such as NDLEA, NAFDAC, DSS, SON, the Nigeria Police among others.