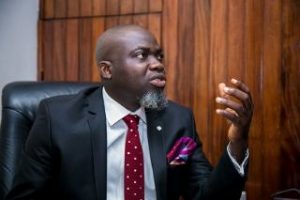 As a result of the negative effects  dilapidated road scattered all over the country is having on  haulage business , the SIFAX Group has called on the Federal Government to fix the roads in order to boost the fortunes of the haulage sector for the benefit of the nation. Attributing the poor state of Nigerian major highways as contributing largely to scaring away of potential investors in the Haulage and Logistics business in Nigeria.

Mr Adewale Adetayo, General Manager of SIFAX  Haulage and Logistics,  made the call in a press release made available to journalists  by the Corporate Affairs Manager of the organization, Muyiwa Akande .

According to the release, he said: “The haulage business has a very huge potential but not much attention is paid to it. The sector currently accounts for over N200 billion turnover, with an estimated growth rate of about 10% per annum.

“If you look at the assessment of the Logistics Performance Index, Nigeria ranks 90th out of 160 countries, which is very poor. One of the major challenges confronting the sector is that of bad road. If you also consider the road landscape in Nigeria, the Federal Government has about 18% of the road network, state government about 16% and the local governments about 68%.

“The sad thing is that more than 70% of the traffic on the road is basically on the Federal roads which represent just 18% of the country’s total landscape,”

Adetayo noted that the sector will experience a quantum leap in growth and investment if all the federal roads and other necessary infrastructure can be fixed.

He debunked the insinuation that there are more than enough trucks on the roads, adding that the continuous expansion of the country’s economy necessitates frequent movement of goods from and into the country.

He noted that the proper implementation of the Ease of Doing Business will encourage more investment, both local and foreign, in the sector.

He also demanded government’s stern action on regulation, saying a good number of the trucks plying the country’s roads are rickety in nature, thereby putting the lives of other road users and the goods they convey at risk.

While commending government’s relevant agencies for their efforts in this regards, he urged them to be more stringent in order to rid our roads of all rickety and badly-maintained trucks

Speaking further on the company’s recent acquisition of 20 new trucks, Adetayo said increased demand by the customers, as well as creation of more jobs opportunities accounted for the purchase that takes its fleet strength to 75.. Adding that it  has now positioned the company to undertake good delivery in any part of the country and beyond.

Harsh Ports Environment Contributes To Truckers Use Of Drugs- AMATO