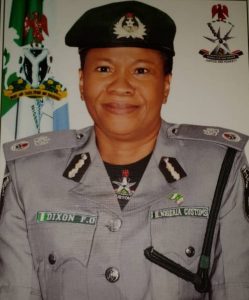 The various Customs Commands of the Nigeria Customs Service (NCS) are turning in their half year revenue performance to showcase how they have feared so far from January to June 2018.
The PTML Command in the first six months of 2018 has collected a total of N57,786,435,696 representing 42% increase when  compared to 2017 collection of N40,748,536,281 within the same period of 2017. According to the report obtained from the Command’s  Public Relations Officer,  Mr Yakubu M.A, the increase revenue feat is due to  the increase  in cargo throughput and diligence on the part of the Command’s Officers .
He said the Command  new Area Controller,  Comptroller Dixon Florence  has vowed to consolidate on the gains of the past Controllers of the Command to increase the revenue collection,  facilitate trade and called on all  stakeholders to imbibe the culture of professionalism. 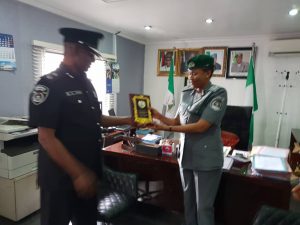 Comptroller Dixon was redeployed from  the Edo/Delta Command to take over from Comptroller Tade Adetoye last month.
She promise  to fast track the Ease of Doing business in the Command to maintain the 24hrs clearance time  of goods or  even quicker than that.