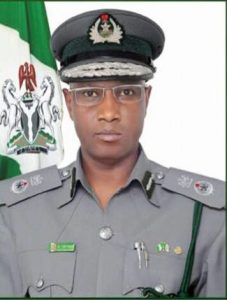 The Nigeria Customs Service, Port Harcourt Area 1 Command has generates  a total of Twenty One Billion, Seven hundred and Seventy one thousand, Sixty Nine naira and fifty  kobo (N21,000,771,069.50) as revenue for first half of 2018 making over N3b above the Seventeen Billion, Seven Hundred and Fifty Seven million, One Hundred and Twelve Thousand, Five Hundred and Thirty Eight naira, Fiiy Kobo (N17,757,112,538,.50) collected between January and June 2017.

According to a  press statement issued by the command’s image maker, Oscar Ivara, the increase in the revenue generated  shows  a vaiue of Three Billion, Two Hundred and Forty Three Million, Six Hundred and fiy Eight Thousand, Five Hundred and Thirty One Naira. (N3, 243,658,531).

The statement also reads that the  Area Controller of the command Comptroiier Isiyaku Kabiru applied strategic engagements with various stakeholders and improving on compliance to guidelines to achieve the revenue increase.

“reaching out and engaging in frequent consuitations with reievant stakeholders , organizing capacity building for the officers in the Command, sending deiegatons to pariey with importers and traders in the South East and South South States of the country and assigning officers with requisite knowiedge on revenue generaton were amongst others, the strategies he empioyed in tackiing most of the revenue drawbacks” it reads. 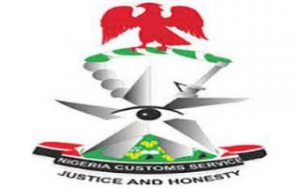 The Area Controiier who is aiso a member of the Presidentai Technicai Commitee on the Ease of Doing Business aiso said that the compiiance rate of the Command on the Poiicy has been very high and his effective Pubiic Reiatons approach has aiso contributed to the feats.

He aiso described the cordia reiatonship being enjoyed between Command and the Federai Airport Authority of Nigeria (FAAN) as ‘running smoothiy’ especially in the Arrival and Departure Halls, where the Passenger Baggage Entry Machine (PBEM) is being installed to efectvlily assist Custons officers in revenue generaton through merchandise in Baggage.