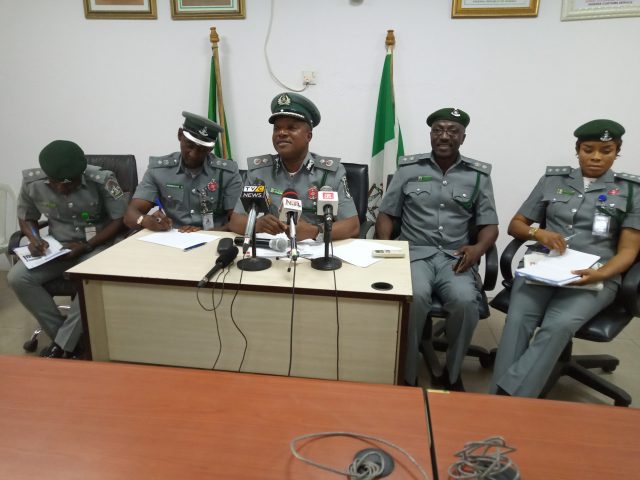 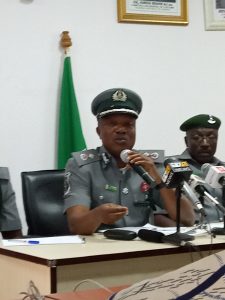 True to the words of the revenue generating and anti smuggling  agency of the federal government of Nigeria, the Customs Service  is  hopeful  to break records of its 2017 revenue generation. The Service has announced a whooping sum of N1.1 trillion being revenue generated between January and November 2018 as against N1.037trillion  generated in  the same period of 2017.

The service who generated the sum of N1.037trillion in 2017 has so far generated N1.1 trillion  as at November 2018 with one month to the end if the year showing a clear testimony of the fact that the ongoing reforms of the service is impacting positively on productivity.

This was disclosed earlier today  by the  national image maker of the service, deputy controller Joseph Attah during a Media briefing and  end of year breakfast meeting  with the media in Lagos. 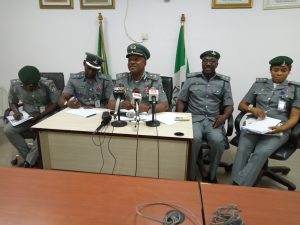 DC Attah States that the experience of the service in the outgoing year have shown that with robust stakeholders engagement, enhanced automation and strict implementation of the import and export guidelines the service can generate more revenue and effectively suppress smuggling to the nearest minimum.

Meanwhile in the area of anti smuggling , Attach said suppressing it remains the most challenging aspect of Customs functions as anti smuggling operations are seen differently by different people.

“Regrettably, many people still see smuggling as business and not crime. In fact, smuggling is not just a crime but the mother of many crimes and criminalities. Violet crimes are perpetrated with dangerous items such as arms and drugs smuggled into the country .Apart from its negative impact on national economy, smuggling has devastating effects on security and well-being of any nation.” he said.

Adding that the more the Customs service intensified efforts in combating smuggling, the more confrontation they get through porous borders, non cooperative attitude of some border dwellers, readiness of some citizens to help the smugglers mob customs operative, lack of proper implementation of the ECOWAS protocol on transit by the neighboring countries and the use of motorcycles and animals to smuggle through difficult terrains.

Despite the challenges faced with these  economy saboteurs, the image maker said the Service has recorded 4,010.seizurs with duty paid value of over N40 billion among which are seizures of arms, ammunitions, dangerous drugs, vehicles and rice. 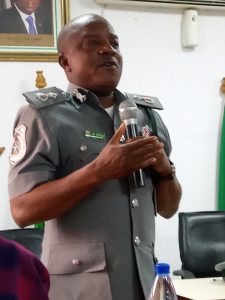 He added that 238,094 bags of 50kg imported  rice were seized across the country in the period between January to November 2018 in line with federal government policy in supporting local farmers.