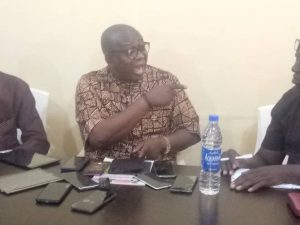 The Advocacy for Maritime Development Association of Nigeria (AMDAN), has said that Eto is a project of collective efforts and not just NPA alone.

Even though no system is perfect but it is a work in progress as it has helped in reducing cost of transporting containers from ports to various locations.

Speaking in a round table interaction in Lagos, with the Association of Maritime Journalist of Nigeria (AMJON), the President, Advocacy for Maritime Development Association of Nigeria (AMDAN), Oluwasegun Alabi said that Eto has succeeded, and all that is needed to do is to give it perfection. 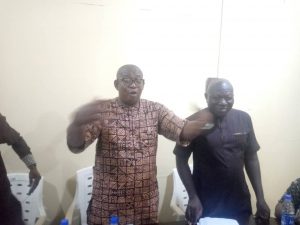 Mr Olusegun Alabi disclosed that as at today, the Eto system is working, stating that way back between 2018 and 2019, it is impossible accessing the port but has been made possible with Eto.

He added that now because of Eto, the price of trucking few years ago like transporting container from Apapa to Ikeja which cost as much as N600, 000 to N700, 000, but as at today, taking a 40ft container is about N250, 000 to same location.

He states that although at inception, there were complains of manipulations and other issues by those incharge but gradually, perfection set in. “When you have a project you are prosecuting, the success of it might not come to fruition at once, there might be complains.

“ETO is sophisticated. If any truck accesses the port, ETO sends the owners an SMS. We must admit that it is working and it can get better”. Alabi disclosed.

Speaking on few other issues affecting the maritime sector, he noted that multiplicity of checkpoints is not only associated with the port alone. In his words “I used to think that it is only at the port they extort. Outside the ports they also extort. Official and non-official ticketing, police extortion, area boys – so extortion is all over the place and not only at the ports.We want extortion to end everywhere because it is giving us problem”. 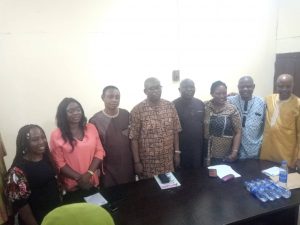 He also stated that policies guiding the effecient running of the ports must be sustainable while legislations on the ownership and operation of freight forwarding companies must be instituted and freighters have to understand their limits.

He added that Nigerian laws have to be amended such that foreigners won’t have undue advantage over their Nigerian counterparts in Port business.

“As it is, foreigners have upper hands in port businesses in Nigeria and this must change not by speech making but in changing certain policies through lagislations that would empower the locals” He said.

Olusegun Alabi who is a Customs license broker and a trucker noted that the mission for establishing the Advocacy Association was to further improve the industry for the betterment of stakeholders. Ensuring that members interest are protected and maintaining cohesion among members.

The Advocacy which started as a friendship gathering after work hour in 2014, got registered in 2016 and had it’s it’s first elected president in 2019 has now become a force to reckon with in the Maritime Sector.