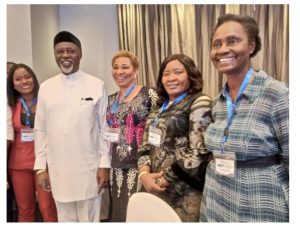 Maritime experts have identified core challenges in the sector to include; policy issues, substandard barges and boats, inadequate equipment at jetties, high costs of operations, among others.

These problems as well as some possible solutions were explored at the maiden edition of the Chartered Institute of Logistics and Transport (CILT) Maritime Mode Workshop which held in Lagos, yesterday.

“NSC is involved in economic regulation of the sector but the challenge is that the industry hasn’t really come to terms with this reality that there’s indeed an agency responsible for regulating commercial activities. There is no way an operator could regulate or discuss issues around charges and costs without having an input from NSC. We have been engaging the barge operators and they are aware of the Council’s role in their operations in terms of standardization and costs. NSC shouldn’t be engaging the barge operators alone, we should be working closely with NIWA which is the agency with the direct mandate to regulate inland waterways,” the NSC boss said.

Also speaking, the immediate-past President of CILT Nigeria, Mr. Ibrahim Jibril described the National Transport Policy as a crucial document that could transform the nation’s inland waterway sector and the entire transport system, but lamented that it hasn’t been assented. 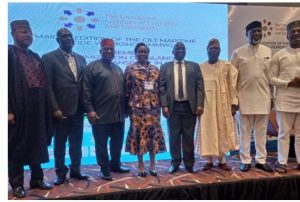 Jibril expressed worry that the document which was developed more than five years ago may have become obsolete and in need of adjustments to ensure the policy comes out as a relevant updated document.

He also expressed concern on the available of skilled personnel for the various aspects of inland waterways operations, adding that officials responsible for training and certification must do more to improve the manpower in the sector.

In her response, the Chairperson of Zoe Maritime Resources and Covener of the annual Lagos International Maritime Week, Mrs. Oritsematosan Edodo-Emore pointed out that an updated version of the National Transport Policy was reworked and concluded in 2021.

“I want to put out additional information concerning the National Transport Policy. I am part of the Inter-Ministerial Committee for the formulation of National Transport Policy for Nigeria. We worked on the policy and submitted it last year (2021). The document is currently with the Federal Executive Council (FEC) and it’s a recent one. It’s not the same one that was concluded 5 years ago because we submitted it last year. As soon as FEC approves it, it will be a working document for Nigeria,” she said.

Earlier, the Managing Director of NIWA, Dr. George Moghalu had identified overcrowded boats, substandard and expired life-jackets as well as inland waterways travel by night and early hours as responsible for most of the boat mishaps in the nation.

Moghalu also expressed dissatisfaction at the speedy reports of unverified casualties from boat accidents noting that one life was lost in the recent Niger State boat mishap contrary to earlier media reports that 50 persons died.

In his welcome remarks, the Chairman of the occasion and Chairman of the House Committee on Waterways, Hon. Patrick Asadu observed that the nation has gotten to a point where it could no longer neglect or ignore the potential of inland waterways transportation.

“Nigeria’s inland waterways have the capacity to transform our economy. employ youth, revive local industries, promote trade and reduce the burden on the roads nationwide. However, this will require deliberate efforts by way of policies, investments and standardized operations in tandem with global best practices,” he said.

The President of CILT Nigeria, Barr. (Mrs.) Mfon Usoro compared inland waterways to the road sector, even as she noted that more regulations have been meted out to attain standard roads and roadworthiness for vehicles.

“If we can visualize the inland waterways as motorways of the seas, most of our problems would be solved. We can visualize the road transport sector and the motorways, vehicles and all the infrastructure that have been established to make motorways safe, motorable and attractive. We can transpose that to the waterways and this simply means that we must provide all the infrastructure and policies to make waterways attractive and commercially viable so that merchants will choose to use the waterways,” she said.