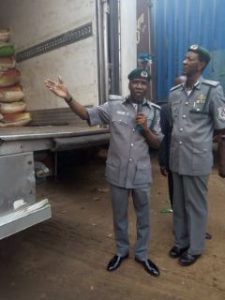 In the continuous furry against the antics of deviant smugglers and unpatriotic citizens who are bent on short changing federal government, the Federal Operations Unit  Zone ‘A’ of Nigerian Customs Service  has again intercepted various contraband with a duty paid value of N1,461,006,823.8billion between March 19th through April 9th 2018.

While taking news men round  the seized items the  Unit Controller, Comptroller Mohammed Uba Garba said the unit recovered N166 million as Duty payment and demand notices on general goods from seaport, airport, and border stations through wrong classification, transfer of value and shortchange in duty payment in the month of march alone making a cumulative of N1.6 billion within the week under review. 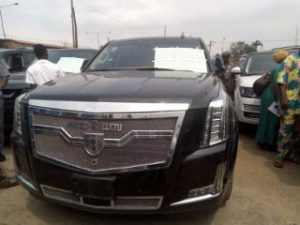 The seized items include Indian hemp of 1,550kg valued at N74 million, 64 exotics cars with duty paid value N918,676,031.9million, 6003 bags of Foreign parboiled rice (equivalent to 10 trailers) worth N74 million, 963 cartons of frozen poultry products with duty paid value of N5.788,000million, 431 jerry cans of vegetable oil valued at N5 million and 163 bales of used clothing worth N8 million among others, adding that 10 suspects were arrested in connection to the seizures.

Comptroller Garba also made it known  that the Indian hemp intercepted along Olorunda axis of Ogun state based on intelligence was the highest seizure of hard drugs in the history of FOU Zone A. 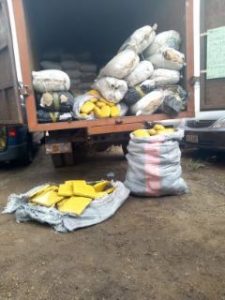 In his words, “the 570 parcels and 98 sacks of Indian hemp weighing 1,550kg intercepted based on intelligence along Olorunda axis of Ogun state is the highest seizure of such hard drugs in the history of FOU Zone A.

“You all know what would have happened if it gets to the wrongs hand undetected, in the spirit of inter agency relationship the seized Indian hemp will be handed over to NDLEA for further investigations.” 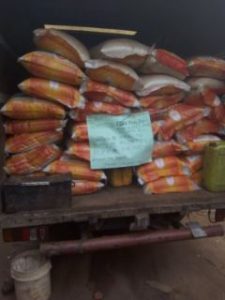 He however urged all smugglers and their accomplices to desist from such trade malpractices and invest their money in legitimate business. 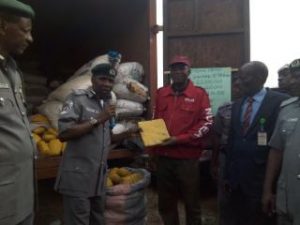 “let me warn all smugglers and intending ones and their accomplices to desist from such malpractices and invest their money in legitimate business as the unit has devised other operational modalities that will give them a run for their money and count their loses and finally end in jail.”