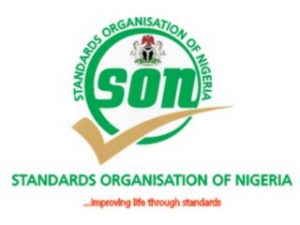 The Standards Organization of Nigeria (SON) and stakeholders  in the fish industry are set to develop the African Eco labeling standards for fish, stressing that the aim was to address  the numerous challenges associated with the exports of Nigerian processed fish. Poor handling and preservation, with reports indicating a loss of over 40 per cent in revenue have been said to be responsible for these.
To boost the sustainability of fish and fish products from Nigeria for local consumption and exports, a technical committee of stakeholders recently met in Lagos to consider the adoption of the African Eco labeling standards.
The standard was developing under the auspices of the African Organization for Standardization (ARSO) in which Nigeria play an active part.
Addressing the Technical Committee (TC) meetings held at SON’s operational headquarters, Lekki,  Lagos, the SON Director General, Osita Aboloma, represented by Mrs. Chinyere Egwuonwu, Director Standards Development, stated that this necessitated the elaboration of National Standards for fish sustainability and eco labeling to bridge the gap and improve Nigeria’s stake, locally and in the International market.
According to her, adopting the African standards was the fastest and smartest way to address the obvious challenge , in line with the International best practice in development of not reinventing the wheel where it already exist.
“This is more so that Nigeria participated actively in the development of the African standards “, he said.
The SON Chief Executive stated further that in order to optimize the achievement of the technical committee and consolidate on the adoption of the African standards and  seven other drafts Nigeria Industrial Standards (NIS) were slated for deliberation at the meeting, namely; Code of hygienic practice for smoked fish; standards for canned shrimps and prawns; standards for canned fin fish; standards for smoked fish; standards for fish fillet; standards for frozen fin fish and standards for quick frozen shrimps & prawns.
Aboloma emphasized the important of the draft standards deliberation. Stressing that they involved products that are consumed widely and frequently. “achieving consensus on them would further actualize the dream of the federal government towards the diversification of the Nigerian economy through agriculture self-sufficiency and export.
The TC meeting was chaired by Mr. S.O Ajayi of the institute of public analysts of Nigeria with representatives from the federal ministry of environment, consumer protection council (CPC), bank of industry (BOI), central bank of Nigeria (CBN), Nigeria export promotion commission, representative of Atlantic shrimpers and other members from the organized private sector. The standards organization of Nigeria provided the secretariat.