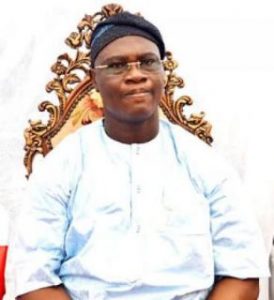 Nigeria Dockworker are having a better deal now with their employers, as they are all  pensionable and better remunerated as their counterparts across the globe.
The good news was given by the President General of the Maritime Workers Union of Nigeria (MWUN) Comrade (Prince) Adewale Adeyanju during an exclusive chat with our corresponding in Lagos.
He said gone are the days Nigeria dockworkers were paid peanuts and treated dismally revealing that there are no contract staffs as dockworkers anymore in Nigeria.
Adeyanju who said the three categories of employments for dockworkers are duly certified with all engaged as full employees with benefits also confirmed  the Union’s commitment to dockworkers welfare.
He said “Gone are the days Nigerian dockworker were paid peanuts, now they are fully pensionable and are engage in full employment and when they retired they are entitled to their pensions”.

On curtailing untimely death of dockerworkers in  the terminals, he said the terminal operators are putting up safety measures to avoid accidental deaths in their terminals  and where  such happens, the Union quickly  steps in to make sure the victim’s family  is  fully compensated, stating that such accidents have reduced drastically.
Adeyanju also commended the Nigeria Maritime Administration and  Safety Agency (NIMASA) for providing succour  to Nigerian dockworker through their regulatory role and making sure operators comply with the rules of  engagements with dockworkers.
Commenting on the state of the port access  roads  and the Union’s ultimatum to the Federal Government which ended in June, the MWUN President said his union is committed to making sure the Federal Government keeps to its  promise of repairing the ports access roads.
He however commended the Managing Director of the Nigeria Ports Authority (NPA) Hadiza Bala Usman for showing commitment on the construction of the port access road at the Apapa-Ijora axis  and hope that the federal government will do same to the Mile 2- Tincan Island road which he described as very bad .
Adeyanju  also commended the efforts of the past leaders of the Union for working  tirelessly to make sure the Nigerian dockworker have a better deal and that has paid off.
He promised to always fight  for the betterment of all dockworkers and that no employer  will be allowed to enslave any dockworker in Nigeria anymore.