You have been in the industry for long, when did you join ANLCA?

I joined ANLCA actively about two decades ago, I became more involved when Shittu came on board as president, but I have been a Secretary of a chapter for about two times.

You have spend over two decades in ANLCA, you have been seeing leaders, how would you describe Prince Shittu’s 8 years leadership as ANLCA president?

I will be fair enough because if I want to come from my relationship with him people will say ‘that is what he will say before or what else can you expect from him. But honestly Olayiwola Shittu is an icon, somebody that you will find interesting if you work with him. Somebody that dedicates and put everything in to his leadership. We all knew where ANLCA was before he came in as the president and we know where we are now. When he came in, he actually abandoned his business and put his 24hours, if not more on ANLCA and the result is what everybody can see today. People who have been working, we want to appreciate them, some of our past presidents.
A lot of us including myself are learning from him irrespective of age. So his regime was marvellous. 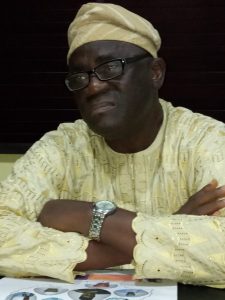 The people in leadership of ANLCA right now, if you have an advise for them based on the template Shittu has laid down, what would you tell them?

It’s going to be difficult based on the fact that am known where I belong. But I will try because you can win an election, but you don’t conquer the people. The election is gone, but as a big family that we are, ought to embrace one another.

What more can you say about Prince Olayiwola personality? 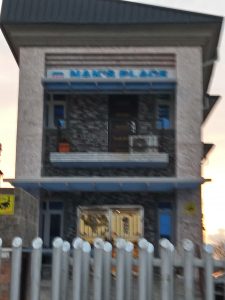 If you ask me to mould him, Prince Shittu is a person of goodl character and good up bringing , educated and well learned person with analytical mind with no topic brought up that he will not have up to 60% to contribute. Am very proud of him and I always learn from him. You might say why? but just try and constructively drop a conversation for him, he will end up educating you about it and it’s not today. While in school, this guy will always come up with one book or the other which he has read for the week, because he is a subject on his own. We call him library, he was in competition with himself, nobody was competing with him. He just want to read and read, just to be educated not interms of certificate, but to be well read. He is someone who, when I look at, I always say this man is going places, I don’t think we have seen the best of him yet.

On a lighter note sir, what’s the secrets behind your vibrant look.

Well, that’s one of the things I learned from Prince Shittu, he has nothing that worries him, talk of money you can’t use your money for 24 hours, it’s only when you are awake that you need money. There is no one without problems, so why carry it on your head. I also enjoy my bedroom a lot, I call it my sanctuary, because once am in there nothing I can not do, to the extend of dancing and rejoicing before God.

Shittu is a Father to all -Prince Bakare