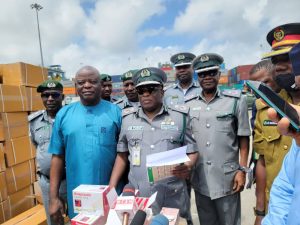 The Apapa Area Command of Nigeria Customs Service has hand over seized tramadol tablets to the officials of National Drug Law Enforcement Agency (NDLEA) in Lagos for onward action..

The seized illicit drugs is said to worth
over N1.275b, packed in one hundred and fifty (150) cartons and ladened in a twenty-foot container. Meanwhile, one suspect was arrested in connection to the seizures. 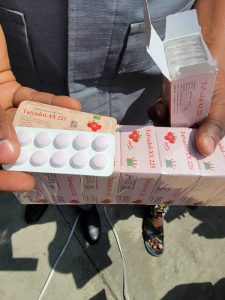 Controller Malanta also made known that he is handing over the seized drugs  to the Commander of Narcotics, Apapa Special Area Command of the National Drug Law Enforcement Agency (NDLEA) for further agency action based on the authority of the Comptroller-General of the Nigeria Customs Service, Col. Hameed Ibrahim Ali (Rtd).

He disclosed that the consignment came into the country from India in January 2021 and was deliberately not positioned by the importers to evade detection.

Speaking more on the handling over, the Command boss said “This is to further strengthen the existing relationship between the Nigeria Customs Service, the NDLEA, and other relevant government agencies operating in the port. The fight against illicit drug abuse and trafficking is everyone’s business and the Nigeria Customs Service is all out to support the NDLEA in combating this ugly menace decisively. 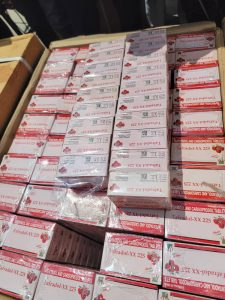 Receiving the seized tramadol consignment on behalf of the Commander, Sani Nahuche thanked the Apapa Command of the Nigeria Customs Service for it’s consistence in the fight against illicit drugs.

Sani Nahuche who is an Assistant Commander of Narcotics while describing the seizure as a good feat said their synergy will continue to improve.