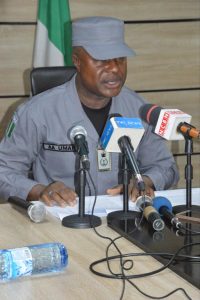 WMC Seizes 29,660 Parcels Of Cannabis Sativa, OthersThe Nigeria Customs Service (NCS), Western Marine Command has seized various contraband goods to the tune of over N2.2billion between the month of June through October 2022. 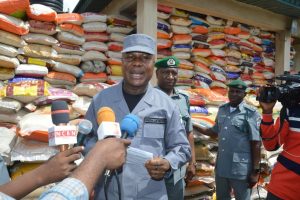 Addressing newsmen in Lagos on Thursday at the command, the Customs Area Controller in charge of the Command, Comptroller Abubakar Umar says the items seized worth over N2.2billion.

Comptroller Umar disclosed that notable among the seizures is the Cannabis Sativa, other wide known as Indian hemp which weighed 16,663kg and estimated to worth N2,061,000,000;. 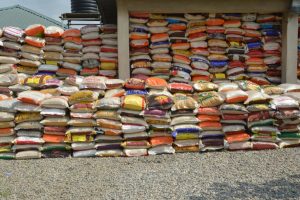 According to Command head, “Importation like this won’t help our country’s development. We all know the harms that Cannabis Sativa pose to our youths. It is illegal to ship such contraband into Nigeria and we will continue to thwart the efforts of unscrupulous importers who derive joy in bringing in such substance into the country.”

Meanwhile, the seized 1575 bags of foreign parboiled rice equivalent to more than 2 trailer load of rice and worth N39,375,000. 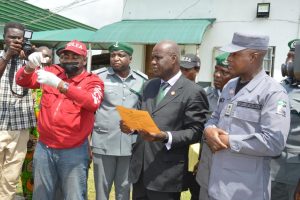 He disclosed that arresting suspects connected to amphibian smuggling activities have been very difficult for the Command’s officers as the defaulters usually dive into the waters.

In his words “We don’t usually use our arms when apprehending these suspects or making seizures on the waterways because it’s usually at night and there are always fishermen. Our officers aren’t trigger happy, so they have to be cautious to avoid shooting at ordinary fishermen who still operate on these creeks and waterways at night,” he said.

He however hand over the seized cannabis sativa to the ndlea commander , marine command, Apapa.