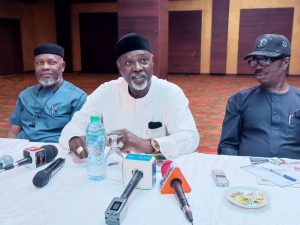 The National Inland Waterways Authority (NIWA), has disclosed that in other to ensure safety measures and standards for inland waterways operations, the authority has intensified efforts to sensitize riverine communities on especially on the use of standard life-jackets, ban on night travel and overcrowded boats.

The NIWA Managing Director, Dr. George Moghalu disclosed this on Friday during a parley with the maritime media in Lagos.

Dr. George Moghalu hinted that he have told all the Authority Area Managers across the nation to always submit to him their biweekly reports on sensitization activities.

He opined that even though the use of radio seems to be the best means of reaching these locals but it’s also important to engage them physically using the churches, mosques, traditional rulers and religious leaders.

Speaking on the situation of river ports, he hinted that the Baro river port challenge is about access but expressed delight at federal government’s approval for rail construction and road plans by federal and state governments.

He noted that the agency is examining offers from bidders for Lokoja and Oguta river ports concession, while Onitsha river port Area Management is currently engaging Technical Partners from the Port of Antwerp. 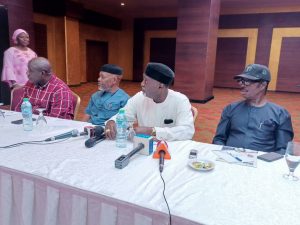 He disclosed that the Authority is seriously considering a proposal from a South African firm for installation of cameras and a Command Control centre for surveillance of Nigerian inland waterways.

Moghalu is of the opinion that with the installation of cameras and a Command Control centre, NIWA will be better positioned to monitor activities on the inland waterways which will inturn help to curb unprofessional conducts and aid quick respond to accidents issues.

Responding to a question and a confirmation that Nigerian Ports Authority (NPA), Nigerian Maritime Administration and Safety Agency (NIMASA), and Nigerian Navy have similar surveillance systems, the NIWA boss said “NIWA would explore synergy with other agencies to attain a cost-effective and efficient surveillance platform.

“I have noted your suggestion that since NPA, NIMASA and Navy have similar projects. You’re emphasizing that there is a need for synergy. Synergy could make this venture cost-effective and we can link up all these systems so that it can work optimally. I’m going to explore this to the fullest”.

The NIWA boss however encouraged the media to always verify reports on accidents and casualties before publishing, adding that contrary to media reports of 50 lives lost in the recent boat mishap in Niger State only one person died while others were rescued.